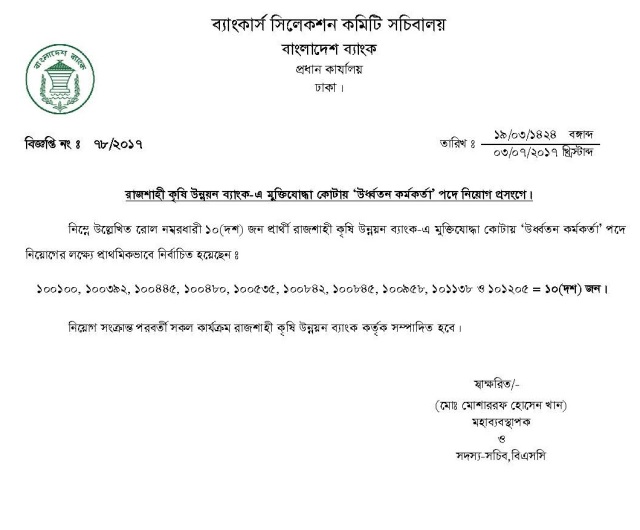 Rajshahi Krishi Unnayan Bank (RAKUB) was established by the President’s Ordinance No. 58 of 1986 (later replaced by ‘Rajshahi Krishi Unnayan Bank Act, 2014’). It took over the operations of 253 branches of Bangladesh Krishi Bank of the then Rajshahi administrative division (presently Rajshahi and Rangpur divisions) and started functioning on March 15, 1987. There are 379 branches of the bank including LPO and Dhaka branch among which 193 are in Rajshahi and 184 in Rangpur division. Number of rural branches are 310 while urban 69. RAKUB is the only specialized nationalized bank having its head office outside Dhaka, i.e. at Rajshahi.